A true musical citizen of the world committed to bridging longstanding cultural divides, Stockholm, Sweden based singer, songwriter and guitarist Marius Billgobenson has created a soulful and empowering fusion of jazz, blues, pop, R&B and the dynamic rhythms and vocal sounds indigenous to his homeland of the Congo. His invigorating blend of jazz instrumentation and African music seeks to bring awareness of disenfranchised communities.

Starting with the release of his 2017 debut album The Sum of My Pardon, the multi-talented artist – also an award-winning anthropologist with intense interests in ethnomusicology and curating cultures - has used jazz as umbrella to bring about intellectual dialogues. “Jazz creates a platform for people and leads them to the right decision,” he says. “It can also be a weapon to fight for civil rights, which will salvage the oppressed forest groups (aka “pygmies”) of the Congo by calling for political actions on the marginalized communities. Overall, jazz always leaves humanity better than it was yesterday. Music is my tool to passionately affect change worldwide.”

Marking his first official venture into Smooth Jazz, Marius’ upcoming album The Spirit Love features 11 personal songs that are grounded in what he calls “the completeness of gratitude in my heart” and explore love in different facets, with the goal of inviting and motivating more “Love Spreaders” for a change. Marius put his heartfelt vocals on two songs (“Joy” and “Wait and See”) that were written and produced by guitarist and genre hit maker Paul Brown. Six others were helmed by another premiere urban jazz chart-topper, Chris “Big Dog” Davis.

Marius wrote and produced the collection’s first two lead singles, “Tears on the Ground” and “Tribes in Mind,’ which feature his honeyed raspy vocals and trademark artful fusion of jazz, soul and African rhythms and vocal textures. The earthy, blues and funk-inflected “Tears on the Ground,” a song about love and remembrance, includes the uplifting chorus: “I’m gonna sing your love again and again/For the rest of my life/the fear of losing touch with all I love/My tears on the ground.” On the deeply autobiographical, gospel tinged “Tribes in Mind,” Marius shares his journey from the Congo to being a man of the world that will forever remember, be defined by and be proud of his roots. Its key lines: “Home is the place we tribe our people/Home is the chance to cry together/Home is your people – not a place/In the sharing world…”

“The Spirit Love is all about the way we experience the feeling of being alive, being ourselves and offering our unique gifts to others,” says Marius. “We remember the life source of energy in The Spirit Love, because you exist just as a consequence of love. All of the positive impact your have had in loving and strengthening your loved ones may reveal memories that make you feel strong and happy.”

For the past decade, Marius has served cultural attaché for the Congolese Embassy in Sweden, responsible for promoting the culture of his homeland while developing his musical career. Born in the Congolese Swedish Mission Station “Ingoumina,” he has become one of the most powerful voices of the Congolese community.

Marius has been recognized for his humanitarian work by ACNU (the UN Association for the Promotion of Human Rights in the Congo), the French Cultural Center, Regional Cultural Minister in Pointe-Noire and Congolese Art and Cultural Minister. With Afrique Profonde, an organization he launched in 1997 with the goal of cultivating interest in the pygmy culture, he has promoted cross-cultural dialogue, understanding and education through artistic exchanges with individuals and groups in Africa and beyond.

"If it’s possible to sound unique & familiar at the same time? This soulful fusion of jazz, blues, pop & R&B with a twist of afro-beat certainly gets close. Marius Billgobenson’s rich vocals are a perfect fit for the harmoniously layered, mostly acoustic, slow burn rhythmic instrumentation. “Let Me Know” is a superbly produced late night tear jerker that also has a feel good factor if that makes sense?"

"Marius Billgobenson has created a soulful and empowering fusion of Jazz, Blues, Pop, R&B and the dynamic rhythms and vocal sounds indigenous to his homeland of the Congo." 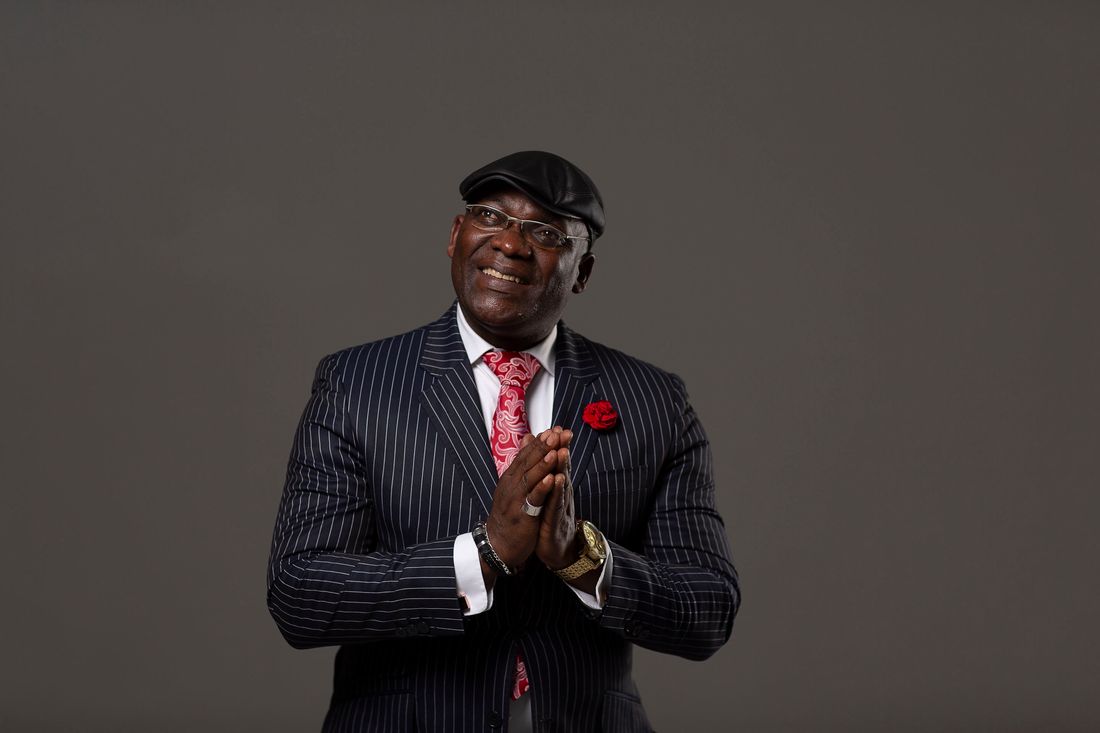 "A true musical citizen of the world committed to bridging longstanding cultural divides … His invigorating blend of jazz instrumentation and African music seeks to bring awareness of disenfranchised communities."